Merry Christmas and I hope everyone is enjoying the holiday season!

Only 43 days until Act of Treason is up on Kickstarter! I'm currently rushing, making sure all the i's are dotted and the t's are crossed. This week I'll be talking about the most recent Act of Treason review by Unfiltered Gamer, the website update, social media, and other sundry miscellaneous thingys.

I'll start with the most awesome news - Unfiltered Gamer has reviewed Act of Treason, and from the sounds of it they really liked it! For those of you who don't know Unfiltered Gamer is an independent 3rd party board game reviewer. They often review games that are going up on Kickstarter to help people get to know if the game is for them. Overall I loved the review and I'm very happy with it. You can watch it below.


In addition, Unfiltered Gamer will be doing a live play of Act of Treason on Wednesday the 17th of January PST. This is the best opportunity to check it out and see what AoT is all about before the launch date ! You can watch the livestream at the Unfiltered Gamers Facebook Page. Be sure to sign up so that you get notified when it's on!

With the new video from Unfiltered Gamer I wanted to slap on an update to the Act of Treason website. I've added the following:

I just wanted to say a big thank you to everyone who is signing up to the Kickstarter mailing list. I've already seen a notable increase to the number of subscribers there. It has more than doubled since the 8th of November, which I'm pretty ecstatic about, which brings us to a solid ~700 followers. We're well on our way folks!

As some of you may know where currently running a promotion whereby if we get enough followers before the Kickstarter launch date on the 10th of Feb we'll be boosting the art/marketing budget. I think 4,000 followers may have been a bit high in hindsight, but it's still very much possible! If we can make a sizable dent in it then I'll definitely consider giving a small bonus as a reward even if we don't hit the 4k goal.

I'll be working hard to make sure that we try to collectively hit the 4k goal! I want to be able to make the best product possible and 4k would make for a very stable foundation indeed.

If you know any podcasters or 3rd party reviewers who might be interested in covering Act of Treason to help get the word out please do let me know in the comments or you can contact me directly.

I'm not sure if I've shared it yet, but here is the final prototype all boxed up. The art is subject to change, and the components might be altered a bit, but at this stage the mechanics are all pretty much locked down.

That's Emilien Rotivals artwork featured on the back an front of the box. Great artist, you can find more of his work over at theartysquid.com.

For those of you who may have missed it, the first article of The Dominant Strategy is up. It's called 'What Makes Games Fun?' In it I explore the various reasons why we enjoy games and give some color to how a game designer might use this information to inform your design choices. If you're interested in game design, feel free to give it a read here. 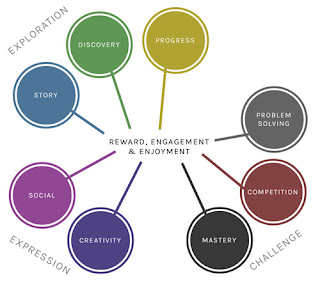 I think that about covers it for this week.

Music of the week