Myself and Future Projects

This is a space for me to shed some light on who I am, and some of the things I'm working on. I know that some of you will be interested in this information, and I think when using a service like Kickstarter, it's quite important.

When you choose to back a project on Kickstarter, you're not just giving money for the product (although, that is a big part of what you're doing). Your pledge has the potential to help encourage and finance future creative endeavors too! As such, It's always a good thing to know a bit about who you're backing, and I'm more than happy to share. 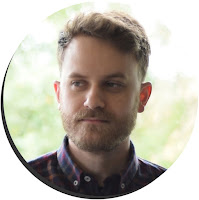 A Little About Me:

I've wanted to be a game designer since I was young. I love game theory and design and I believe my love of these topics stem from my logical and analytical personality. Understanding games in their totality appeals to me. I believe games can be a abstract representation of life - for example - playing team sports exposes us to fierce competition and how to handle it. It also teaches us cooperative team play, and how to work towards a common goal. These are both universal life skills.

I consider myself a creative and discerning individual. I am interested in philosophy, Truth, innovation and efficiency. My favorite movies are The Thing and The Hateful Eight. My favorite TV shows are Curb Your Enthusiasm and It's Always Sunny. My favorite pastimes are playing games, designing games, lifting weights, debates, and movies. In that order.

I am somewhat introverted, and prefer listening over talking (unless it's a topic like games or game design, in which case I can talk for hours and hours). Marketing and putting myself out there has never been my forte. It has been one of the roadblocks that has held me back on Act of Treason for so long. I hope Act of Treason is successful, but if it were to fail anywhere along the road to funding, I can almost guarantee it will be due to a lack of strong marketing.

I have squandered a number of my younger adult years as I was trying to find my place in the world, and my goal in life. For those who are in a similar predicament I can only suggest that you work towards aiming for something. The "what" is less important than the pursuit. Your goals and aspirations will change over time anyway, and working towards something will help you to understand if you want to continue down that path, alter your course slightly, or if the path no longer interests you. The words of Jordan B Peterson have helped me greatly and I strongly suggest listening to him on this topic. 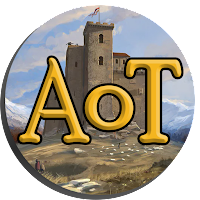 It took me over 6 years to get Act of Treason to this point. My goal from the beginning was to create the best social deduction game that I could and hit all my design objectives. After a long 6 year journey, I am confident in my self assessment that I have attained this goal. Because of this, Act of Treason will have a great deal of support from myself after the Kickstarter. I will continue to promote and market Act of Treason as long as I'm seeing positive reviews and demand for it. Depending on the success of AoT, there will likely be an expansion.

I often get asked if the game would work well online or on the computer. Since Act of Treason is a predominantly social game, I feel it could work online, but that the best application of it would potentially be in VR, where players can get a bit more sense of their interactions with the other players. All of this is up in the air at the moment of course, but the main theme I want to express here is that I am definitely keen to keep going with Act of Treason after the Kickstarter is done.

I have little interest or inspiration for any other board games at this time. Act of Treason will likely be my first and last board game. But don't be alarmed, I have other great projects you may be interested in. 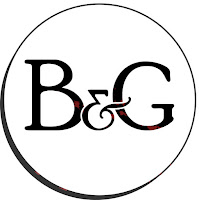 This will be the next major project I work on. It will be a vaguely Dungeons & Dragons inspired Pen and Paper Role Playing game. Set in a grim fantasy world with Lovecraftian elements. The theme/genre I'm aiming for is horror-heroic. Your character will be powerful, but at the same time the world is a brutal and threatening place, even for a hero.

I've always struggled to enjoy PnPRPG's. There's a lot of things I love about them, but at the same time there's quite a few things that can get in the way of the fun for me. For example, being restricted to certain character types and limited character choices, or having to deal with vast oceans of imbalance between one character and another. Even the imbalances within the same character options can be too much at times, and can ruin the experience for me.

Some of my design goals for this project are as follows:
As I develop this game no doubt there might be some drift in these goals, but I think this captures the essence of what I'm going for.

I'm still drafting the rules, but play tests will be starting soon. 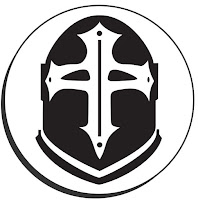 These are my articles that sit on this blog that cover all things game theory and game design related. I’ve loved the topic of game theory and design for a long time, and I’ve loved games for longer still. I’m glad that I can finally have a voice in this space, discussing what makes games good, and what makes games bad. I won’t be able to stick with a schedule for it, and my posts will likely be infrequent, but I will be writing articles when I can.

Each post will be considered a living document and will be subject to review and updating. There are a number of core articles I plan to tackle. Rather than quantity of posts, I will be aiming for quality, with sufficient critique, and self-reflection.  There are also a number of games I want to use as examples to highlight both some of the best and worst parts of games so that we may hopefully learn from them.

You can read my existing articles on the Dominant Strategy here.
Posted by Act of Treason at 21:27