Under 24 hours to go until Act of Treason launches on Kickstarter. It all just feels so surreal. 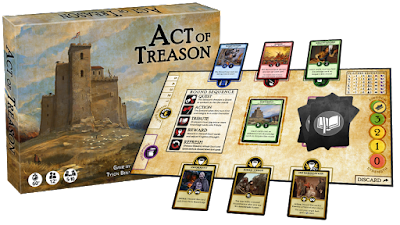 Let me take you through some of what I’ve been up: 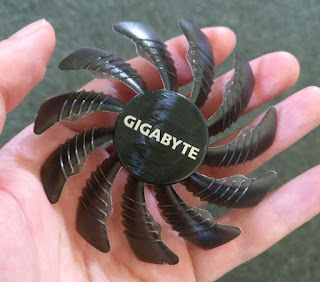 So about two weeks ago, windows decided to push updates on me really hard, and so I decided to go ahead with them. The next thing after I boot back into windows - my screens are glitching out and artifacting, flashing gray for a frame or two. Thanks Windows update! I trouble shoot to try resolve it via updates etc, but it keeps happening. The graphics card is the likely culprit - Gigabyte GTX980Ti for the tech nerds out there who are interested. So I decided to take my graphics card out and clean it. That's when I notice that it's boiling hot. I'm beginning to suspect overheating.

Sure enough I clean the card to remove the dust and then when I plug it back in I find out the fans either aren't spinning, or are making weird noises when they do spin. Sure enough, shortly after plugging in the card the fan falls off and I'm getting the artifacts again. I jam a large fan next to the case for a while until I can get my hands on a replacement - it actually worked too! No more artifacts while I had that setup. The culprit fan must have not been spinning for a while, or something came loose with it? Who knows. All I know is that I'm down one boss graphics card. RIP.


Now I'm running my brothers old card, about the same power as an Xbox360 gfx card. While I wait for gigabyte to examine the card under warranty. The timing is just great as you might imagine. Right as the Kickstarter campaign is about to begin. Oh well, could be worse. I mean I could have had my hard drive fail with all my Act of Treason stuff. Instead I just had my hard drive fail with all my old movies and TV shows. Yes, you read that right - one of my hard drives failed like a few days ago! Afterwards I Immediately rushed and backed up my entire Act of Treason folder. At least I can still work and all my files are alright. That's the main thing. It is genuinely painful to work on some of my files now however. Even slightly large Google Docs documents are laggy at times!

So when I first started prepping Act of Treason for Kickstarter, I knew I wanted to have a website dedicated to Act of Treason. One of the things that really got stuck in my craw was that my website wasn’t appearing on google unless you typed in something very specific like “Act of Treason board game” - even then I don't think it was top of the page. Back then, typing in just “Act of Treason” had my website on page 5 or something, which might as well been tantamount to it not existing.

I’m proud to announce that when I typed “Act of Treason” into google today I got the following: 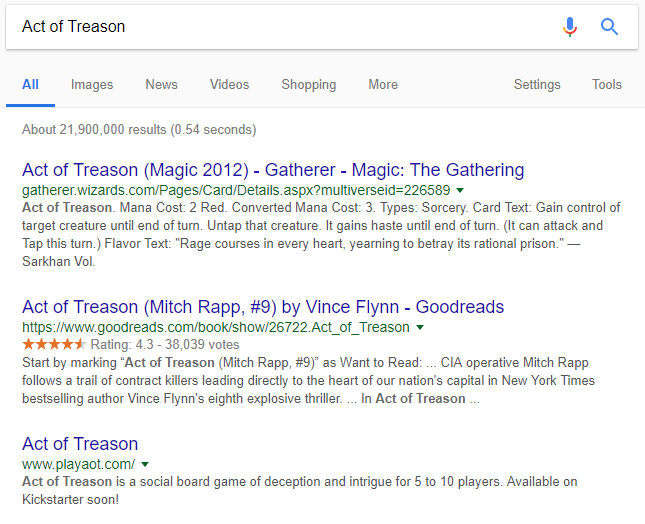 3rd result, not bad! And when I type in “Act of Treason board game” the results are even better still! It just feels good to make progress on something like that, especially when it has mostly resolved itself.

A rather important section for some projects and for backers too. It helps set the stage for what could go wrong and should be used by the creator to honestly reflect on where they could become stuck, which allows the backers to make a informed decision about the level of risk they are willing to take on.

In typing up that section, it made me realize something: It’s all about trust.

Trust is a huge part of any business interaction. If you don’t trust whom you’re dealing with, it’s unlikely that you’ll give them any money in exchange for a good or service. Why? Because you can’t be sure of the level of quality you’ll get, or that you’ll get the product or service you asked for. Heck, you could potentially not get the product or service at all. Any number of things can go wrong in a business situation, and not having trust and confidence in whom you’re conducting business with means that you might not get the outcome you want. Trust means you're confident that you'll come out okay, even when things go wrong.

Now, with all that in mind, I need to come clean about something that has been buging me.

This was not a great promotion I ran. I’m going to peg this one up to me not being so great at marketing - but even then I should have known better! Some of the things I mention in my post when I first revealed this are just straight up wishful thinking. It just wasn’t very grounded of me. I’m going to unpack it a little here for you so you can learn from my mistake.

Let's start with the reward of this promotion - doubling the marketing and art budgets. My rationale at the time makes some sense:

While I stand by this rationale, the biggest issue with the reward is that it’s vague, and not very tangible or salable. What does "double the budget" actually mean? Having values such as an increase of $4,000 for both would have been much clearer and more transparent. But even then, that’s not a very salable reward. No one is going to get excited when you tell them that they should sign up to a mailing list because they then get to increase the numbers on somebody's else budget.

A better reward would be in line with all the rationale I laid out above, while at the same time being  more tangible, salable and clear. I would give you an example, but if I could do that I would have run a better promotion in the first place. Something like adding a new card or two into the game kind of works, but that comes with it's own cost. I for one am very dubious of any Kickstarter game when they do this - offer to increase the components or mechanics of the game as a stretch goal or bonus. I wonder, "why am I not getting the most complete/best product when the idea is already out there and tested?", and "Doesn't adding/removing that component upset the balance of the game?" Both fair questions.

Another smaller mistake, but a mistake none the less, is that I should have taken a different tact with the x3 mailing list “rule” worked into this promotion. I should have only applied a 1 for 1 across all social media accounts, OR only included the mailing list in the promotion. Having mailing list sign ups count for x3 followers is a confusing and convoluted message.

In marketing, I think you should treat everything that you do like you’re playing Chinese whispers - if it can be miscommunicated, it probably will. You should always aim for the clearest and most impactful message you can as this has the greatest distance - a convoluted message won’t travel very far. This is one reason that memes have the spread that they do. They are a short snappy highly shareable idea or message that provides some level of value - The messages you give out to the public should be almost like memes. Clear, short, snappy and valuable. If you can do that, then the message will share itself. In hindsight I should have gone with email signups only for a clearer message.

But by far the biggest error I made was the amount of followers needed for the promotion to be successful. 4,000!? Are you serious? In my defense, I figured that if they were to all be email sign ups which is what I was pushing for the real number is ~1,333. Added to this I already had quite a few signups which made the number of signups I needed less still. But having such a large number as the goal would have made me look like I was living in a dream world - and let's be honest, in some sense I was.

I did see an increase in the email signups at the start of the promotion. I want to thank my supporters for that, but I’m sure it’s much less than it would be had I included a sensible goal, focused purely on e-mail signups, and had a much clearer, salable, and tangible reward for hitting the goal. My bad.

As it turns out, after doing some more calculations and juggling the budget, you’ll be getting some of this reward for free anyway. I really want to see the final product have great art, even at the lowest possible funding goal. So the minimum Art budget for Act of Treason has been tweaked to just under double of what it was to ensure this. The marketing playbook has also had some rework to allow for easy scaling. I might not be doing more marketing spending, but I most certainly will if the advertising has good hit and conversion rates.

Please don’t make the same mistakes I did - focus on simplicity & clarity. Run your ideas past someone first who will be willing to challenge you.

That about covers it. I look forward to the post Kickstarter blog write up where I can break down what went right (or what went wrong).

See you on the other side.

Music of the Week